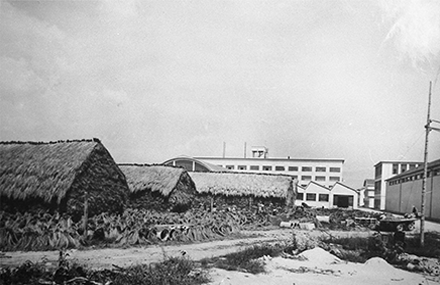 Key moments that have made a great company

Zignago Industrial Group was founded in the '30s by Count Gaetano Marzotto, an entrepreneur. At the time he was head of the textile group of Valdagno (VI) which was founded at the beginning of the nineteenth century by his grandfather Louis.

In that year, Count Gaetano bought the farm of over a thousand hectares, mainly between Fossalta and Portogruaro, from the Stucky family.

Count Marzotto became responsible for State-of-the-art agriculture characterised by the development of diverse activities. These businesses were associated with initiatives that had an impact on the  territory, such as the reclamation of the valleys of Zignago and Perera, the introduction of new crops and farming methods and the development of new techniques of cultivation and production, such as the De Vecchis process for the refining of sugar.

Count Marzotto’s approach to business  was being attentive to the living conditions of the staff employed in his companies. For example, the village of Villanova was modelled on the “Social City” of Valdagno, with housing developed for the use of employees, an asylum, a hotel, a park with a swimming pool, a skating rink, and a bowling green. In addition there were two tennis courts, the carabinieri barracks and a hospital as well as a spinning school. It also organised agricultural training courses aimed at imparting knowledge about modern cultivation techniques. In Villanova other businesses such as grocery stores and textiles sprang up.

Gaetano Marzotto believed that work weaved the destinies of man, a philosophy summed up in the motto that still exists and is clearly visible on the facade of the historic headquarters in Fossalta: "Sua texit labor fata”, “Work weaves Destinies”.The highest compliment to him was attributed by the “Consulta Araldica” (Heraldic Council) on the occasion of awarding him the title of Count.